Twelve obstacles for the scientific study of survival of consciousness and the existence of the spirit. 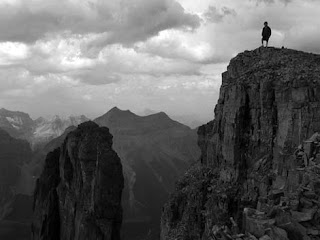 S. Chibeni has recently posted a presentation on GEEU webpage (Chibeni, 2010) about the scientific research of the spirit that has many points in common with the subject we have writen about here. His presentation is a set of elucidating slides about the scientific research of the spirit and survival of consciousness. Unfortunately, they are presented in Portuguese and here comment on 12 obstacles that Chibeni put forward as preventing the studies about survival of consciousness and the existence of the Spirit.


After a brief introduction of the phenomenology associated to the substances 'matter' and 'spirit', Chibeni summarizes the present philosophical views as:
We should note that the word 'skepticism' above refers to a philosophical doctrine and should not be confused witth the ordinary 'skeptical' point of view about psychic or other said 'supernatural' phenomena. Spiritualism splicitly admits the dualist viewpoint and, according to this view, we summarize a set of obstacles that seem to prevent any evolution in the scientific understanding of survival. But we do not refer here to this understanding in accordance to theoretical frameworks of natural sciences. Readers should be very aware of this important difference.

Then, our comments are as follows:
Such are the obstacles that allow us to understand why the question of survival of consciousness and the existence of the spirit is broadly involved in the dark clouds of ignorance and scientific disdain. It also help us to orient our future way of understanding the matter: by assuming a thoroughly Spiritualist standpoint as developed by the early fathers of psychic research. Allan Kardec is a good example to be followed. Why? To many, this would contradict 'neutrality' that is believed to be important in any scientific study. However, we emphasize that it is not possible to regard the facts of Spiritualism outside the theoretical frameworks that its  specific explanation demands to collect and register its facts.

Thus, by neglecting the theoretical reference that was developed by the early Spiritualist founders of psychic research, we are paving the way for the evidences to be contaminated by inappropriate conceptions or assumptions that do not take into account the Spiritualist theory. It is, therefore, very easy to reject the Spiritualist thesis, since the evidences will be wrongly collected or described under a different ideology. For me, this is a crucial point that is hardly recognized and that would characterize a 13th obstacle for the truly scientific understanding of survival of consciousness and the reality of the spirit. We will write about it in a future post.

Chibeni's presentation is therefore a pedagogical summary that we strongly recommend the reading.


When it does not result from prejudice, the skeptic's view of the Spiritist Doctrine often has its source in a poor knowledge of the facts. Unfortunately, many well-meaning people have tried to settle the question as though they had perfect knowledge. Their excessive belief in their own infallible judgment, though, only shows how little discernment they have. (A. Kardec (1996), 'The Spirit´s book', Introduction, Art. XVII,  A. Kardec Educational Society, Philadelphia, USA. Transl. from the 2nd edition in French, 1860. ).

Posted by Ademir Xavier at 12:35 PM No comments: