So far, we have ventured to describe events that are publicly available. By this we mean events that are independent of anything except the investigator ordinary senses. For example, take  a f=9 occurrence. If its apprehension depends on a device capable of impressing some human sense, the observation result by no means will depend on the observer: no matter who observes, the result will be the same. Thus, the use of equipments does not change the ‘public’ character but gives rise to the definition of publicly available phenomena:

Publicly available phenomena: the apprehension does not depend on any internal observer disposition, but only on the accepted ordinary senses.

Such definition should be compared to that of private phenomena:

Private phenomena: their apprehension does depend, to a certain degree, on internal observer disposition beyond the accepted ordinary senses.

There are instances which, despite sensitizing the ordinary senses, special training is required for the phenomena to ‘objectivate’. An example is the diagnostic of X-ray images (Chalmers, 1999). As there is dependence on training, the correct apprehension of the effects of a given pathology via X-ray imaging must be regarded as a distinct event in our classification scheme. The ‘public’ status following Definition 5 stems in essence from the public character of the ordinary senses: it is indirectly assumed that they are universally and equally distributed among all observers.

If a given sense fails for a certain group of individuals, then any natural phenomenon whose apprehension depends on that particular sense will become unobservable (Definition 1). For example, suppose that, for a certain group of individuals, one of the common senses changes due to an unknown cause. This group will be marginalized, since many occurrences depending on that particular sense will be perceived differently by the group. Thus, in a largely color blind society for blue, events involving blue will be described as private occurrences by non daltonic members, but they are non-observables for the majority. This is a consequence of Definition 1 and 7. A recent work has shown that color blind dichromats are able to see certain features while (normal) trichromats are not (Morgan, 1992). The persistence of genes of color blindness is explained as a consequence of an evolutionary advantage provided by such special ability. Evolution may thus favour the development of new sensing faculties or suppression of currently existing ones. Similarly, it is well known that olfaction and taste (Bartoshuk, 2000) vary from individual to individual so that it is impossible to have an absolutely public description of certain experiences involving these senses.


If a particular occurrence is restricted to a group of observers, there is marginalization of this group due to the onset of new faculties beyond the ordinary senses (e. g. color blindness). Certain anomalous phenomena seem to exist whose explanation is only possible if we accept an expansion of human sensory capacity. For such group, non-observable occurrences become visible. 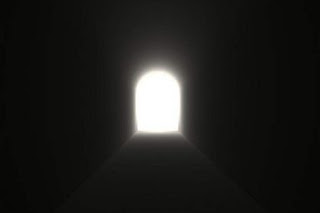 Since no devices are available on the basis of an accepted theory to validate the observation (otherwise the event would a public fact), such occurrences may be regarded as private phenomena par excellence. An example of such events is the retrieval of unknown information by psychic means (the so called mental mediumship, Gauld, 1982; Alvarado, 2010). Other evidences are in the form of reports of Near Death Experiences or NDE (van Lommel, 2001; Parnia, 2001; Ring, 1993; Schroter-Kunhard, 1993). Using a positive heuristics that states the reality of such events [1], they may be described as private anomalies.

Taking into account the existence of private anomalies as exteriorizations of observable events by a change or alteration of the ordinary senses, we define a new type of phenomenon:

Meta-observable phenomenon (neologism): a natural occurrence that is only accessible to extended or severely altered states of sensorial perception.


We can advocate that the confirmation of meta-observables was involved in Rhines’ research program with telepathy (Rhine, 1966; Morris, 1999). In principle, meta-observable occurrences cannot be converted into non-observables (either visible or not). A meta-observable distinguishes itself from a non-observable, as the former involves a sense extension. It is important to emphasize that meta-observables are not exclusively tied to classical anomalies (paranormal etc). Any phenomenon that is apprehended by means of altered human senses should be classified in this way. Thus, non-public changes in taste or smell perception that are described by certain people are genuine examples of meta-observables. Another source of meta-observables is the modification in health states investigated by medical sciences. Changes in the body’s metabolism (e. g., caused by the use of drugs) may alter the senses, thus creating opportunities for meta-observable manifestation (as NDE’s seem to suggest).


[1] In the lack of a supporting theoretical framework, a special ‘positive heuristics’ may be assumed stating that such events really occur and are caused by things outside the observer’s mind. On the contrary, a negative heuristics denies any external reality to such events but may claim that their registration is the result of some ‘psychological derangement’.
Posted by Ademir Xavier at 9:12 AM No comments: