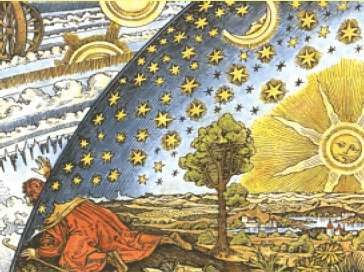 We can then add a new branch in our previous entity-relationship diagram, increasing the number of phenomenological classes (as shown in Fig. 1 here). Since private phenomena can be reproducible, periodic etc, more 4 types (f={13,…,16}) were added. These are private occurrence that can only be registered by specific group of individuals, those endowed with the meta-observable faculties. The full phenomenological set has now 16 elements and may be called G set (F Ì G). For example, an NDE event may belong f=14 or f=16 class.
The adjectives ‘visible’ and ‘invisible’ are only applied to non-observable events, since it is not possible to assert beyond any doubt that special devices could not be constructed to register meta-observables occurrences (Bender, 1972; Ellis, 1975; Baruss, 2001). In other words, it is not certain that meta-observables could be converted into invisible occurrences in the sense of Definition 1. According to our picture, meta-observables constitute a ‘fourth phenomenological kingdom’ of Nature for which the same phenomenological properties may be ascertained, but which are independent from the other two groups (observables and non-observables).

The existence of meta-observables gives rise to a new type of anomaly (regardless of the cause):

Definition 9
(Private or type II) Anomaly: the set of all occurrences belonging to G-F.

Suppose that, due to a genetic mutation or disease, a group of humans develops the ability to sense radio waves of a certain frequency and intensity. Such capacity would be restricted to the group and represent a meta-observable, initially taken as a private anomaly. If a causal correlation were discovered, a theory could be possibly formulated to explain the ability. In order to be successful, such theory should account for both the phenomenological cause (radio waves) and faculty acquisition (perhaps the ‘mutation of some cells into radio waves sensory cells’) and the anomaly would be accepted. In our initial discussion about private anomalies, we have seen that, paranormal occurrences manifest themselves as both public and private events. The former are related to controversies on regard to the phenomenological sources while the later are caused by the lack of theories to account for the faculties granting the observations. Compare this with UFOs occurrences: polemics is rooted in the lack of consensus about the sources, since in genuine UFOs sightings, there is only limited skepticism about the trustiness of witnesses and their sensorial faculties, including mental states.  Therefore, we can conclude that private anomalies are the hardest ones from the purely empirical perspective, because they involve justification of the very senses that are responsible for their apprehension.
Thus, it is also a logical fact that the task of creating good theories for type II anomalies requires the preliminary and tacit acceptance of the faculties without which it is impossible to apprehend the effects.  Starting with the analysis of ordinary observables, anomalies of this type will only be accepted as genuine facts as theories appear to justify the use of human instruments capable of their registration.

In an established scientific activity, there is a natural skepticism whose purpose is to protect research programs, the so called ‘negative heuristics’ of Lakatos (1980). Its purpose is to protect well established research programs against malicious excerpts or unnecessary modifications of the program core. Such skepticism is important because it gives stability for research programs. In order to exist, the negative heuristic must also refer to a predefined research program, with a predefined scope (object of study) and language.
Regarding general anomalies, the situation is very different, since many are not related to any stable research field. In fact, what is the conventional research program to accommodate psychic faculties and their associated phenomenology? Obviously, the fundamentals of the phenomenological G-F group rest upon the ‘positive heuristic’ supporting the existence of meta-observable faculties, as well as the causes of many unexplained sources. Skeptic groups invoke the so called ‘scientific’ methodologies to invalidate or explain away anomalies. Having no rule to play in the development of well-established research programs (Popper, 1968; Kuhn, 1970), the ‘scientific method’ is invoked to deny primarily the new faculties, when then the task of denying the external sources become trivial. For such specific type of ‘skepticism of anomalies’, it is impossible to accept any anomaly and much less the faculties supporting their occurrence. According to these skeptics, a meta-observable event is, at its best, a ‘subjective impression’ that stands against the ‘objective evidences’ corresponding, in our classification, to observable facts (j={1,…,4}). The challenge of parapsychology and other disciplines created to study anomalies is therefore twofold: to propose generalizing theories that provide good explanations for both faculties and the phenomenological causes.
We have seen however that, to establish the fundamentals of what is ‘scientific’ solely on the basis of observable occurrences is a limited belief given the existence of many non-observable and sporadic phenomena (most elements of the F set) [1]. Thus the fundamentals of pure empiricism that gave rise to logical positivism, are long considered defective (Quine, 1951; Joad, 1950). Given the existence of sporadic and non-reproducible events, many evidences are sporadic and uncontrollable, requiring time and special conditions to become manifest, thus challenging purely inductive methodologies that demand laboratory replication. Such sporadic and uncontrollable events are further disregarded by skeptics of anomalies on account of being termed ‘contextual’. However, many occurrences in Nature cannot be reproduced at will (irreproducible events), their occurrence rate is unknown, so that the only sources of knowledge available are contextual in nature. Proper accumulation and consistent historical registration constitute the only method available in the lack of a theory to guide the research.
Since for each anomaly a corresponding skepticism exists, using Definitions 4 and 9, we can distinguish between two kinds of skepticism: one with regard to the phenomenological sources and another denying the faculties required to apprehend and record private anomalies. The first type is weaker than the second, since in the case of private anomalies, the acceptance of extended faculties is necessary. It is then easy to understand the enormous popularity of the ‘theories of hallucination’ of ‘self-delusion’ among skeptics who deny the faculties, thus facilitating the task of providing any other explanation for the causes.

Next post: 'The non-observable Universe VI' (Conclusions and references).

[1] Take, for example, the ‘discovery’ of planet Uranus by Leverrier and Adams (Kowal, 1980, Kollerstrom, 2009), or the proposal of the anti-electron by P. A. Dirac. (1928). If it were not for the theories, no extraordinary evidence could be found to support the mere suggestion of their existences.

Posted by Ademir Xavier at 5:33 AM No comments: