Some considerations about the proper use of mediumship 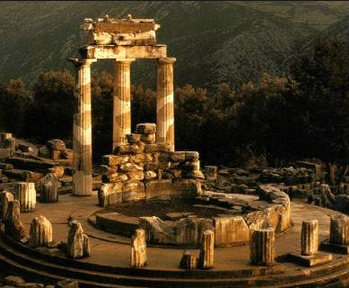 We know that mediumship is a human faculty that allows us to get in contact with the Spirits (1). Mediumship is a neutral ability, that is, it is not attached to the "good" or the "evil" side or, putting in another way, it does not depend on the bad or good use we make of it. Moreover, it is not equally distributed among all people. Organic dispositions make it a gorgeous capacity of some people while , for the majority, it is almost imperceptible.

In the past, mediums were highly regarded and persecuted. It is possible to identify traces of mediumship in many past personalities of the human history. In the Old Testament, prophets were consulted and called "Seers" (see, for example, Isaiah 30:10, Samuel I, 9:18 and 19). In ancient Greece, the Oracle of Delphi listened to all kinds of problems of private and public life. Religious dogmatism, however, in several times, also persecuted mediums who were regarded bearers of unknown and diabolical powers. Even today, we find religious groups that do not accept mediums. Also, skeptical groups in modern times do not recognize the faculty legitimacy and regard mediums as ordinary deceivers.

In general, the public relations with such intermediaries were always commercial in character. For the majority of people, payment of mediumship or psychic service may seem natural. However, the truth they may bring is received freely from elsewhere. Commercial relations with mediums are as old as humankind and are among the main obstacles to the development of mediumship, for the simple reason that, again, the fruits mediums bring to men are not product of their own work. Moreover, mediums have no domain over their faculty.

Therefore, any medium can lose forever his/her abilities and this is the main reason for the onset of trickery and fraud in many mediums who were formerly capable of notable effects.

If you still resort to professional mediums to solve your inner problems, it is a good thing to insure yourself against certain practices and beliefs using some simple directions:

Perhaps the loss of a closed relative may lead you to seek a medium. If this is the case, you should also know that you can also receive consolation by invoking him by yourself and asking the most High on behalf of him. Often this is the right attitude before looking for help from the After Life.

Above all, be sure that commerce with the highest spheres cannot be established on earthly grounds. The recipient should have merit in order to receive, which is equivalent to have special credit. Such credit cannot be purchased by any amount. On the other hand, we all have, to a greater or lesser extent, some degree of mediumship. In this way, you may receive the benefit, if you haven't received yet, by being naturally inclined to hear the message content from above.

(1) Medium - (Latin -  intermediary) - Person who serves as an intermediary between Spirits and men. ("The Book on Mediums", II Part, "On Spirit's manifestations", Chapter XXXII, Spiritist Vocabulary)