What is death? (Victor Hugo*) 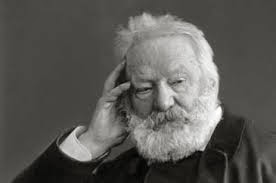 Death is a continuation. My glance penetrates
as deep as possible into this darkness where I can see,
from an extent that seems so fearful if it were not sublime,
the onset of the immense dawn of Eternity.

What makes a man free?


The soul. Who says free, says responsible as well.

Is he responsible for all in this life?

Definitely not, because there is anything more proved in this world than the possible and recurrent prosperity of bad men and the undeserved misfortune of the good ones during their passage on Earth.

How many righteous men had only anguish and miseries until their last day? How many criminals had lived until old age in a peaceful and serene enjoyment of all goods of this world, including consideration and respect of all! Is man then responsible after this life? Evidently so, since he is not responsible during the present one. Something in him must survive to submit itself to this responsibility: the soul.

The freedom of the soul explains its immortality. Death is not therefore the end of all. It is instead the end of a thing and the beginning of another one. In death, man ends and the soul begins. Take as example what to regard of the face of a loved one, of such strange anxiety made of hope and despair. Say all those who have crossed this mournful time, the last happiness, the first grief, let they confirm they feel there is somebody still there, that nothing is over yet?

One feels around this head the flipping of wings just expanded, a muddled and unheard trembling floating in the air and around this heart that no more beats. This open mouth seems to call what has just left and one even says it utters secret words to the Invisible World.

I feel very well that what I will give to this grave is not myself, my being. What constitutes my being will go beyond.

Earth, you are not my abyss.

Man is no less than a captive. 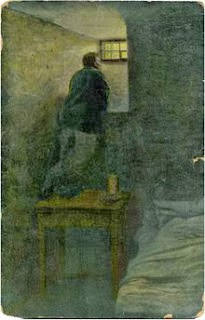 The prisoner painfully escalates the walls of his dungeon, he climbs every bump, he steps every void to reach the vent. There, he contemplates the far hills, breathes the free air and sees the light.

The prisoner does not doubt he will find the brightness of the day, the freedom. How can man doubt he will find Eternity in the end? Why would he not possess a subtle, ethereal body, of which our own human body is nothing more than a coarse sketch?

Between the two worlds, between the two laws, there is a bridge: transformation. The ambition of the living should therefore be to be a living in Space.

The luminous world is the Invisible one. The luminous world we cannot see. Our earthly eyes can only see the night. Woe to those who have open eyes only to this material world and do not face the world unknown!

Death is a change of cloth.

Soul: you were dressed in darkness, now you are going to dress the light. Man makes his last progress in the tomb.

Death is a continuation. My glance penetrates as deep as possible into this darkness where I can see, from an extent that seems so fearful if it were not sublime, the onset of the immense dawn of Eternity.

The souls cross spheres, they become even more light, they get increasingly closer to God.

The point of union is the Infinite.

He who sleeps and awakes, also sees he is man.

The living that dies also awakes and sees he is a Spirit.

Note: this text is a translation by A. Xavier of a version in Portuguese entitled "O que é a morte" that was published in the book "O Espiritismo nas Ciências Contemporâneas - Textos selecionados dos terceiro e sétimo encontros nacionais da Liga de Pesquisadores do Espiritismo (LIHPE)" (Ed. CCDPE-ECM, 2012). In the article "Algumas anotações sobre o Advento do Espiritismo" (Some notes about the onset of Spiritism), p. 153-175,  Eduardo C. Monteiro attributes the authorship of this text to Victor Hugo.

Posted by Ademir Xavier at 7:57 AM No comments: