The Great Book of Nature 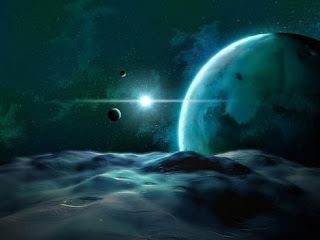 “[The universe] cannot be read until we have learnt the language and become familiar with the characters in which it is written. It is written in mathematical language, and the letters are triangles, circles and other geometrical ﬁgures, without which it is humanly impossible to comprehend a single word." (Galileo Galilei, Opere Il Saggiatore p. 171.)


The 'Book of Nature' is the last great book that we are still browsing. It was written since the beginning of time by a single Author. It is written in a peculiar language, grasped by no men but admitting a single interpretation. It is also a code of laws applicable to all objects of the world, governing the relation between causes and effects. It can not be copied, but it can be imitated, and men frequently gaze at hidden passages that reveal a remarkable structure, an enchanting if not scary regularity. The content of this Book is infinitely larger than anything that we had ever known, showing the existence of intricate details,  laws and truths never imagined before.


If we admit the world is composed not only by material elements, but also by spiritual elements, just as there are laws in the great book applicable to matter, unknown laws might exist to regulate and govern the spiritual elements. Thus, the content of the Book remains almost completely ignored. It is important not to take scientific theories as the very content of this book. Scientific theories are drafts written in human language (that is, in a human understandable code) about the Nature structures that have an independent existence. It is often said that scientists continually revise their theories. But the Book of Nature can not change, it is our understanding that always changes after a first and unsuccessful  reading of the Great Book. Surely, no human description or forecast will survive in disagreement with it. Conflict between Science and Religion arises because religious groups fail to realize the existence and supremacy of this Book, just as scientist think that the drafts they compose are the final expression of it. The conflict solely originates from human ignorance and presumption.
In this conflict, dogmatic Religions will not escape being compared and judged in accordance to the all Truths contained in the Book. Human knowledge will embrace the reality of the Spiritual and a new Science will be born.