God and his causes III: unfolding a new image of the Universe. 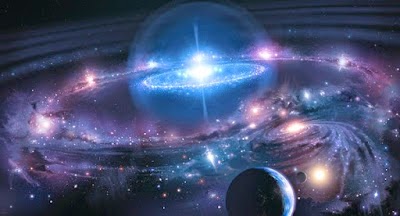 In a series of previous posts, we saw that the Creation and the idea of God as described in "The Spirit's Book" (1) is significantly distinct from the commonly accepted notion of a personal God (according to most religions). The Spiritist notion is an alternative for those ideas in which God is not necessary (Atheism, for example), since the notion of God as a person - which make him an image of the human nature -  is not accepted by Spiritism. We explored the meaning in the concept of "primary cause" that can be applied even to the simplest phenomenon. Very often, the scope of scientific theories is the treatment of causes directly linked to phenomena, but scientific development can also lead to the discovery of more fundamental causes that should be regarded as primary ones.

The existence of a fundamentally distinct element in the Universe (the intelligent principle) has a complementary and paramount rule to play in the understanding of many phenomena around us, that are not directly accessible to our senses (see question #7 in (1)). The existence of such a principle was foresaw in question #23 of (1) as reproduced below:

23.What is spirit ?
"The intelligent principle of the universe."

a) What is the essential nature of spirit ?
"This is impossible to explain in human language. For you, the spirit is nothing because it isn't tangible. For us, it's an objective reality as substantial as the body is to you. Know however: there is no such a thing as nothingness."

The more the spirit's existence and independence of matter are summarily ignored, the harder is to move forward, since in vain the causes of intelligent phenomena in Nature will be emulated by artificial and clever arrangements of matter. These simulations do not show that information can be generated by matter alone, but only that human intelligence is necessary to the task.


On the other hand, a new way of understanding such totality - the base for future scientific development - will become apparent with the tacit acceptance of the intelligent principle as a fundamental and irreducible cause in Nature.

Some comments about the Spiritist image of Creation
Let us compare Fig. 1 with the equivalent image of the first post that invokes the Big Ban as the primary cause. Science has postulated the Big Bang as the primary cause of all that exist in accordance to the present scientific idea of "all". This cause not only generated the material principal (which is recognized as the only existent), but also the Universal laws at a very special moment of time. For the presently accepted cosmological theories, creation  was well determined process in "time" and "space" - in fact the Big Bang signaled the very creation of space-time.

However, the Big Bang is only an intermediary cause in creation. The origin of all is God, the true primary cause. Moreover, this creation is incessant (question #21, 1). Below God, there are three main causes that can be taken as "secondary": the material principle, the intelligent principle and Nature's laws. We saw that Nature's laws are also part of physical theories and by themselves they constitute a challenge for human understanding since not only an origin for matter is necessary but an origin for these laws must be found.

But, just as Nature's laws exist governing the relations among material ingredients in the Universe, there is also specific laws for the intelligent principle. Such laws dictate how this principle relates to other elements and how it evolves in time. Presently, we are incapable of speculating about the inner nature of this principle, but we know it exists. The attention of future science will be to study these new rules and to explain the spirit phenomena that derive from them. So, in the Fig. 1, we trace a parallel between how the laws relate to the material principle - resulting in purely material phenomena - and equivalent spirit laws that relate to the spirit principle and, therefore, cause the spirit phenomena.

In our present understanding level (2), Universal laws not only determine the relation among the principles, but how they interact. Therefore, we can foresaw an interface between spirit and mater that is governed by specific principles (see fluids, question #27,1).  This interface is full of rich phenomena and their own laws.

The primordial source of information in the Universe. 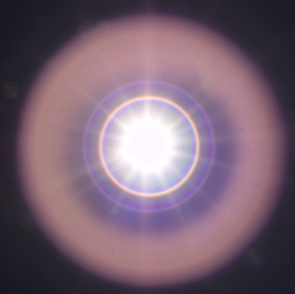 Acting on a higher level in relation to the principles that regulate matter, the intelligent principle is responsible for the perennial creation of information in the Universe. This information is transferred through a special language and a peculiar communication process convenient to this principle. In constant interaction with matter, which serves as sensory element, the intelligent principle evolves through a process we still do not dare to understand. After billions of years, this principle differentiated itself and became a Spirit, owner of a consciousness, personality and mental cosmos.

Endowed with a conscience, the spirit starts to ask about its own existence. In an Universe of magnificent effects and infinite little causes, we find ourselves as part of Creation and, at the same time, creators at a microscopic scale. What secrets does Nature still hides from us on regard to our origin? On our level, we still grope in the darkness of our ignorance, but we can foresee our true heritage, the reason and destiny of our life - as far as we can know - an unreproducible act of love beyond any limits.

2 - We say "Nature's laws govern certain phenomena", however this is only a way to describe what we observe around according to our present level of understanding and sensory habilities. Very likely, there is a deep relation between the primary cause (God) and all things created so that "Nature's laws" are the way we apprehend tangibly the reality on our level of existence. In our "little world", everything happens as if "God were absent" since we have no special organs to sense him directly. (question #10, 1)


4 - God and his causes II - Primary and secondary causes - http://spiritistknowledge.blogspot.com.br/2014/07/god-ans-his-causes-i.html

Posted by Ademir Xavier at 9:16 AM No comments: