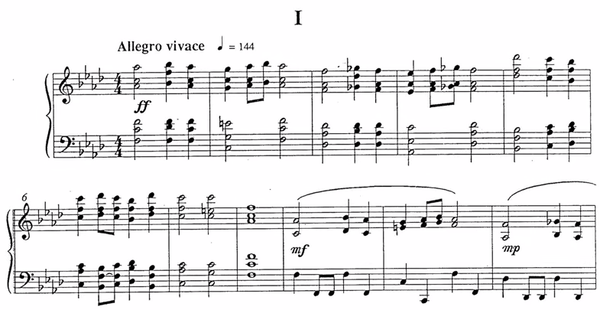 An unintentional search on the web made me find someone on youtube who has recently posted "video music sheets"  by famous discarnated composers under the mediumship of Rosemary Brown. As many people might know, we have already posted a text on her medium (1) who can be safely regarded as the most relevant manifestation of musical mediumship ever, a strangely and extremely rare kind of psychic ability.

These are the works I could find according to the spirit composer:

7) By Schubert (and played by Leslie Howard):

Schubert's sonata in particular called my attention because it is a complete work (not simply a "piece" as many Mrs. Brown's communications are presented). According to Wikipedia:

The simplest sonata pattern has three phases: an exposition, a development and a recapitulation. The same reference explains:


The standard definition focuses on the thematic and harmonic organization of tonal materials that are presented in an exposition, elaborated and contrasted in a development and then resolved harmonically and thematically in a recapitulation. In addition, the standard definition recognizes that an introduction and a coda may be present. Each of the sections is often further divided or characterized by the particular means by which it accomplishes its function in the form.

Regarding such Schubert sonata, it would be interesting to make a detailed musicological study in order to identify potential composer's signatures. Such study would remarkably demonstrate the influence of the discarnate mind, its intention and operational methods besides serving remarkable as new evidences of immortality.