I/2 - Pragmatics and Intention in mediumship works. 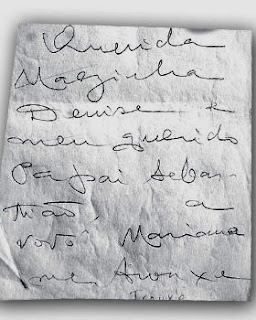 "Of mediumship there are many grades, one of the simplest forms being the capacity to receive an impression or automatic writing, under peaceful conditions, in an ordinary state; but the whole subject is too large to be treated here." Sir Oliver Lodge.
Read more about this case here (access to SKL repository).
In simple terms, a communication process is a set of stages that transfers a message from emitter to receiver. This is a very popular image of communication and we can call it ‘information transfer’ model. It is, however, severely limited in spite of its success in a variety of cases, mainly electronic devices. Recently, research about communication has been carried out by modern linquistic theories although other research fields – such as semiotics – study communication of ‘non human’ content (e. g. plants, animals etc). Modern linguistic approaches attempt to explain communication not in terms of information transfer only. An efficient communication process is far from being a process in which information is transferred in chuncks or bits to a receiver which then acquires an image or idea of the message proportional to the amount of information received. There are several ‘hierearchical’ levels in a human messages and, in order to have an idea of such levels, it is sufficient to regard written language.

A handwritten text by someone (emitter) to one of his/her friends (receiver/recipient) is a rich example of the serveral linguistic levels interacting harmonically in order to compose a message that can only be interpreted by the recipient. The first level is morphology, after all, if the emitter is the true sender, it contains graphical elements that identify him univocally (his signature, for example). Once the message is ‘transcripted’ to a morphology independent medium, other signal types appear revealing other levels: syntax (concerning the fulfillment of idiomatic dependent rules) and semantics (concerning the meaning of words and phrases). If the relationship between sender and receiver always uses English, it is then natural to expect that English grammar will be obeyed in the letter. Regarding semantics, the meaning of words or whole phrases may obey the ordinary rules (the so called ‘lexic’) or not. In the latter case, any external analysis attempting to interpret the message without the knowledge of that particular lexic will be severely limited. In this sense, certain dogmatic Christian groups, by literally interpreting the Bible, are in fact building a 'modern' interpretation that is truly ‘meaningless’ since the original semantic and pragmatic content was lost long ago.

There is however an important level that is many times hidden in a message: pragmatics. Beyond the apparent meaning of semantics, the sender builds his message in such a way that only his target can correctly interpret its content. For example, my friend, living in Autralia, writes me a letter describing the beautiful landscapes of that contry, his aims may be only to change my bad felling about visiting that continent. After all, only he knows that I don´t have any intention of visiting him. Upon reading the letter, any other person will have a very limited impression of the same lines, that is, that my friend is really excited about the natural Autralian beauties. Although morphology, sintax, semantics are apparent to everyone (that is, they are pubicly available levels of linguistic knowledge), pragmatics is hardly visible. In all efficient communication process, pragmatic competence must exist on the part of the emitter. This is only possible if emitter and recipient share common beliefs.

Besides the existence of pragmatic content in many messages, there are other questions related to the aim or objective of a text, that is often sumarized by the word ‘intention’. Among the many aims of a given message, the least important one may be to communicate anything. Messages may be uttered with the aim of causing certain impressions on the recipient. An interesting example is the individual who shows his flat tire in a gas station. His intention is not to communicate the real state of the tire, but to request the service of fixing it. One can then talk about the problem of ‘underdetermination of communicative intention’, in the presence of ‘semantically ill-defined’ expressions and the famous ‘non communicative acts’ (Bach, 1976). They are all private aspect of the communication process. 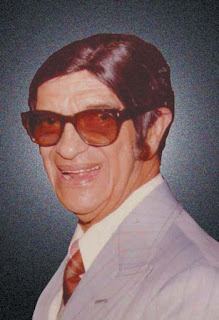 A fundamental feature that almost all well developed psychic phenomena share is to present themselves as communication phenomena par excellence. Most of the skeptic explanations disregard such important feature or try to fit them as imitations that are born on the medium´s mind. In the later case, skepticism tries to explain the content of a (high quality) psychic message – e. g. as in automatic writing – as a purely private phenomena, born on the medium mind as said above without any external influence. In the case of communication of recently disceased, that can be called ‘private messages’ or ‘psychographic letters’, Francisco Cândico Xavier (1910-2002) works deserve attention and offer a good example of some types of mistakes commited by skeptic groups in easily disregarding subtle details in mediumship works. Using modern theories of communication, one can better describe the many intentional and pragmatic features that are found in them, and that can hardly be explained by the simple ‘information transfer’ models.

In the next post: the 2nd and last part of the present text discussing the several linguistic features in C. Xavier automatic writtings of recently deceased.

Posted by Ademir Xavier at 4:21 PM No comments: