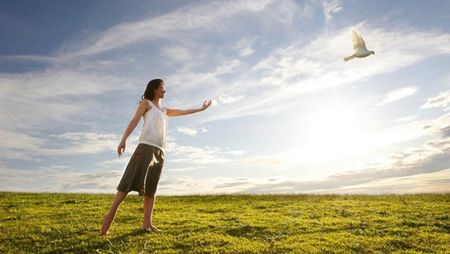 The possibility of Spirit influence is currently neglected by present day orthodox therapies that do not recognize the independent nature of human mind from its material counterpart. However, this does not preclude the existence of this phenomenon which is unfortunately widely spread in the population and can be considered as the origin of several mental disorders and leading to many hideous crimes.


Already in 1861, Allan Kardec redefined obsession as the 'domain of some Spirits over certain people. An influence that is never exercised by good Spirits but rather only by those of inferior nature' (1). If the human personality has its origin in a center of psychological forces known as 'Spirit' - which is by itself quite independent from matter - the phenomena of spirit obsession or attachment may be one of the leading causes of many tragedies in today's life, albeit rarely recognized as such. This happens because only part of the human nature dies in fact. The most important one containing knowledge, memory, - the self in essence - continues to exist sometimes ignoring such new life condition.

Only Spirits can communicate with Spirits and the 'communication' itself is not limited to the well-known mediumship phenomena that Spiritualist literature describes so well. There are other forms, ranging from subtle mood changes or appearance of multiple personas in a single body to the most extreme misbehavior, indicating an infestation of a person's mind. The latter case, known as possession, was also well described by Kardec himself (2) as the ultimate level of Spirit obsession (3).

The idea that some kind of external invisible power can control a human in very old. The New Testament speak about 'driving out demons' (4) from people. The subject has indeed received a fresh treatment in a doctoral thesis by Dr. Terence J. Palmer in 2012. Entitled "Revised Epistemology for an Understanding of Spirit Release Therapy Developed in accordance with the Conceptual Framework of F. W. H. Myers" (5), the thesis was submitted for the degree of PhD in the School of Theology and Religious Studies of the University of Wales in Bangor, UK. The work has 13 Chapters dealing with the subject from the research perspective of the psychic scientist Frederic William Henry Myers (1843-1901). Myers is surely one of the most lucid minds of the psychic research, someone who ever regarded the survival seriously. What is called 'obsession' by the Spiritist XIXth century literature  is named 'spirit attachment' by Dr. Palmers and a new field of psychotherapy known as 'Spirit Release Therapy' (SRT, see p. 13, "What is Spirit Release Therapy").

Some excerpts from the thesis

A short summary of the thesis can be found on p. 6, "Introduction":

This thesis explores the contribution made by Frederic Myers to our understanding of one of the most profound of spiritual experiences, the possession of an individual by a spirit entity that can be perceived as benevolent or malign, creative or destructive, healthy or unhealthy. Spirit Release Therapy (SRT), which I explain more fully below, can be used as a method of intervention to relieve individuals of the influence of unhealthy spirit influences that are often attributed to the earthbound spirits of the deceased. It is comprised of an eclectic mix of secular and spiritual concepts and procedures that are not dependent on traditional psychiatric models of mental health care, or religious exorcism, but are complimentary to them. The experience of SRT therapists, together with the theoretical concepts and experimental methods of Frederic W.H. Myers, provide spirit possession and exorcism with a dimension that previous anthropological, theological and medical methods and theories lack.

Therefore, Dr. Palmer study is fully in tune with Spiritist approach of 'disobsession' as often practiced in many Spiritist centers in Brazil. For example, modern SRT (as supported by Myers) has finally rejected the traditional view of confusing spirit release with anything close to 'exorcism':

SRT is fundamentally different from religious exorcism where spirits are assumed to be ‘evil’ and cast out. William Baldwin’s approach is sympathetic and therapeutic, and in complete contrast to the popular conception of exorcism. (p. 17, "Differences between SRT and Exorcism")

This is in complete agreement with Kardec's approach to obsession (6), since Spirits are only disembodied souls of men and, therefore, should not be confused with the traditional religious view of demons.  With all due respect to traditional beliefs, the idea of all powerful evil and demons was proved to be another misinterpretation of Biblical texts. This fact is of fundamental importance for the success of this therapy in the future, since it will open the possibility of many heuristic procedures to the subject, new practices that are strongly hindered by traditional beliefs:


Where misguided beliefs in possession and exorcism on the part of both caregivers and public services could continue to result in inappropriate methods of intervention, an alternative understanding of the concept of spirit possession according to the scientific framework of F.W.H. Myers will enable more appropriate methods of intervention to be applied. (p. 11, "What is Possession and Exorcism? )"

Another important fact may be found on the opposite scale of beliefs, that of refuting  the possibility of Spirit attachment which is the current situation of  orthodox therapy. According to Palmer, many positive works have demonstrated the facts:

Together with the documented scientific evidence provided by earlier mystics and scientists such as Emmanuel Swedenborg (1758), Allan Kardec (1857), Edgar Cayce (1970), William James (1902), Frederick Myers (1903) and James Hyslop (1919), Wickland provides validated scientific evidence to support the hypothesis of spirit attachment as a reality to modern medicine that is difficult to ignore or refute. (p. 22, "Dissociation and Paranoia")

The need for scientific explanations for extraordinary subjective experiences such as multiple personality and spirit possession have been side-tracked down a blind alley by rejection of the earlier concept that was identified by Carl Wickland and earlier researchers, including Frederic Myers; namely that a spirit world exists in parallel with the physical. (p. 27)

All authors cited above by Dr. Palmer have made extensive contributions to the problem. However, the idea of soul survival has only marginally been accepted by mainstream therapists today, although the situation seems to be changing now (see p. 31, "Spirit Release Today and the Future").

The 13 chapters of Dr. Palmer thesis can be divided in 4 parts:
The thesis succeed in showing that a scientific methodology can be applied to the subject of mental disorders in the light of the principle of spirit attachment (and, in fact, could lead to a new branch of study in psychiatry). This is done by extensively revising Myers' contribution that I fully agree to be of primary importance:

Probably the greatest challenge to Myers and his supporters was in the entrenched resistance to his findings by mainstream science. Myers insisted that it is not good enough for scientists to ignore or avoid difficult issues such as those presented by somnambulists and automatists just because they themselves did not believe in the reality of what they perceived to be ‘supernatural’ or ‘occult’. The same challenge is presented to investigators and researchers into the paranormal to this day. Although spirit possession may be regarded as a phenomenon of human experience since ancient times, it is generally considered to have no place in the world of modern technology. But modern technology does, ironically, often play a part in how the spirit world communicates with our material world. Examples from research into Instrumental Transcommunication (ITC) and Instrumental Voice Communication (IVC) reveal evidence that spirits use modern technology to communicate with researchers. (p. 40, "Myers’ Conceptual Framework and Modern Science")

Why does the new approach work? Because humans do have a dual nature and, by simply regarding the possibility of interaction between humans with disembodied personalities, a completely new unexplored Universe is unveiled. Therefore, SRT has heuristic fertility, it can really give rise to new and efficient treatments while the opposite is a sterile approach. Some modern therapist have finally realized  now that the health and well-being of their patients are more important than their own academic beliefs.

As for the use of modern technology, we also add that the appearance of Spiritualism in the XIX century seems to have been 'prepared' in parallel with the advent of telecommunications and many pioneers of wireless communications were truly believers in Spiritualism (see BBC documentary "Science and the Seance").
Dr. Palmer summarizes Myers' framework in the final part of his thesis:

Such are, in essence, the principles of a revolution in the treatment of many mental disorders. Finally, Dr. Palmer addresses the important issue of SRT validation:

Brazilian psychiatrist Inacio Ferreira began to incorporate Spiritism into institutionalised medicine in Brazil as far back as the 1930s, and wrote several books presenting evidence for spiritual aetiology in many cases of insanity, and for the efficacy of Spiritist treatments. Some of his books have been translated from Portuguese into Spanish, but his work has not been published in English. In contrast, in the English speaking world there is no scientific research into the efficacy of SRT, and it is primarily for this reason that this thesis on the conceptual framework of Myers is presented. It is my objective, pending acceptance of this thesis, to present a proposal to test the efficacy of SRT methods of discernment with patients diagnosed with schizophrenia, due to their experience of auditory hallucinations. (p. 249, Spiritual Aetiology)

The research must go on. Confirming the heuristic value of SRT, Dr. Palmer finally asks:


If all areas of human behaviour can be researched with a new epistemological foundation then the possibilities for new discoveries are endless. For example; when people commit the heinous crimes of serial murder, rape and paedophilia we may pose the question: ‘Are these people simply evil, are they mad, or are they possessed?’ In all areas of emotional, mental and physical health we may pose the question: ‘What external influences are at work here?’ This question can be applied just as easily to the person who suffers from gender dysphoria, Tourette’s syndrome, depression, anxiety and fear or anger for no apparent reason. (p. 252, "On-going Research")

The recent reports of a school shooting in Newtown, Connecticut, shows how urgent is the development of new therapies to treat spirit attachment or even to unveil potential mass murders living next door who may be under the influence of Earth bound spirits. It also casts new light upon the issue of death penalty simply  because killing the convicted murder will only release his Spirit and, therefore, set him free to get attached to other living and criminal minds.

I strongly recommend a careful reading of Dr. Palmer thesis which surely represent an updated work on a subject with a great future.