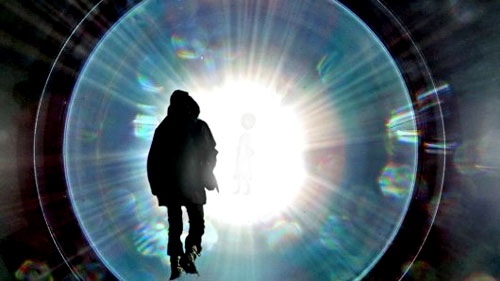 
According to a well-known type of realist standpoint, entity realism (Losee, 1993; Harré,1986), we can divide the world in many ‘cognitive kingdoms’: realm I asserts the existence of fully observable entities of Definition 1.1; realm II corresponds to non-observable in the sense of Definition 1.2a and realm III is made up of entities in the sense of Definition 1.2b. Much of what exists in the Universe is and will always be non-observable, leading to the proposition of non-empirically accessible causes in realm III. Examples of such entities abound in statistical and quantum physics or in genetic biology to quote a few. By adopting such realist view of the world, modern science has definitely showed that the scope of scientific enquiry cannot be restricted to public available phenomena. Here we have extended such a view to include meta-observable occurrences that would constitute “realm IV”.
The phenomenological classification that we propose has 16 main classes as the set of all possible types of phenomena in Nature, in accordance to 4 distinct phenomenological properties: observability, visibility, reproducibility and periodicity. These features are independent of any cause or theory that is proposed to explain phenomena; although knowledge of the occurrence conditions may impact the way they are perceived or reproduced. This simple classification is a useful picture for the exposition of many the features associated to a purely phenomenological description of Nature. The aim of this text was to emphasize such features and to show that they may lead us to wrong theoretical conclusions if class specific research methods are misapplied across other classes.
Such classification ‘landscape’ (in the final entity-relationship diagram of Fig. 1) must be remembered before any attempt to use a research method exported from a predefined discipline. A research method is a theory dependent procedure from which propositions or statements for certain phenomenological classes are inferred. The theory associated to such a procedure is essentially a language to treat events caused by established objects of study. In principle, the research process popularly described as the ‘scientific method’ cannot be said to be inadequate, but possibly that it can only be applied to a very restricted subset of events, in particular to those that are minimally reproducible or highly cyclical. On the contrary, one can argue that to demand reproducibility (laboratory tests) at any cost poses a severe threat to the development of theories to account for anomalies, because of an unjustified restriction of scope it leads to, given the variety of phenomenological classes in Nature. It also represents a threat to science understood in a more general way.
The characterization of certain diseases by the observation of similar symptoms in large populations, mainly when an unknown disease cannot be reproduced in the lab or is associated to symptoms not directly accessible, is a standard methodology among physicians. According to our classification, symptoms may be described as both public and private occurrences that require direct or device assisted diagnostic procedures. And, just as a physician is not admitted to discredit his patients complains about the symptoms (private events), researches cannot undermined meta-observables associated to the registration of many anomalies. The physician task is to arrive at plausible mechanisms to explain all aspects of the disease, symptoms included, and to propose a suitable treatment procedure. So, again a true science of anomalies will only take place as plausible mechanisms for understanding meta-observables become available, paving the way for the correct identification of other sources. The new way of doing science will thus demand to accept meta-observables (new sensory faculties) as the first step toward the correct treatment of anomalies in the sense of Definition 8.
Will it be possible to devise a new research method to study anomalistic occurrences? Such is the challenge of future science from the methodological point of view. The development of such special methods will require an open minded attitude on regard to the attribution of causes or phenomenological sources. What is at dispute here, defying naturalistic explanations, is the proposition of new sources to properly account for facts representing anomalistic events. Thus, forcing naturalistic explanations may lead to bad science contrary to what many skeptics believe.