How can some animals find their way back to home? 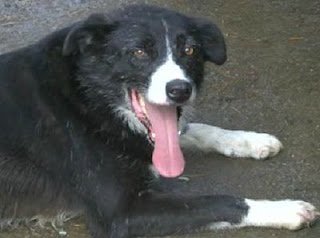 It is presently a mystery how some lost animals - usually cats and dogs - find their way home. A recent case was Pero (1), a four-year sheepdog which was back to home 15 days later after its scape. Somehow Pero was able to find its home 240 miles (~400 km) away.  Many other "anecdotes" accumulate, narrated by many families and now Pero's case seems to have confirmed this surprising ability.

According to the present scientific knowledge, animals are endowed with a multitude of "sensors" (2) used to provide accurate information and supporting the notion that they are able to guide themselves through long distances. Such sensor are not only far superior than the human versions (dogs, for example, have acute smell and hearing, cats see very well in the dark etc), but represent perhaps other sense modes as, for example, magnetic sensing. Birds and bees have their own inner "compasses". Magnetic substances have been found in the retina of many animals, including dogs (see the case of Cryptochrome 1 in Ref. 3). Could dogs and other higher mammals guide themselves using magnetic fields? These are some of the ideas and conjectures, but even if it were absolutely proved that animals do in fact use the north-south line in a complex path, much more is in fact needed in order to completely explain Pero's case. To see that, just imagine yourself lost in a distant place, unable to speak and understand anyone, but having a compass and a sensible scent detector...

Another conjecture added by Spiritism

In an essay entitled "The mediumship of animals" in "The Medium's Book" (4), A. Kardec published a text by Erastus motivated by some discussions in the Paris Spiritist Society as well as several letters received by Kardec on the question of animals and their mediumship.  This text was originally published in the Revue Spirit (The Spiritist Magazine) in August 1861 under the title "Animal mediums". Essentially, in the original meaning, mediumship is a human ability so that one cannot talk about an equivalent notion for animals. Mediumship is a complex phenomena, requiring a certain  ressonance between two minds of the same status, that is, two spirits of the same "evolutionaly rank". Hence, for the sake of clarity, one cannot truly speak about "animal mediums" and some of the strange phenomena related to animals need another explanation.

However, this does not mean animals cannot detect the presence or, perhaps, receive information from the Spirits (4):


Spirits can render themselves visible and tangible to animals and the sudden terror with which the latter are sometimes seized, and for which you can perceive no reason, is caused by their seeing one or several spirits bearing ill-will towards their owners, or towards some of the persons present. You frequently see horses that will neither go forwards nor backwards, or that rear or shy at some obstacle unseen by you, and which is often a spirit, or a group of spirits, terrifying the animal, out of malice, or by way of a joke. Remember how Balaam's ass, seeing an angel before her, and frightened at his flaming sword, stood obstinately still ; the angel, before making himself visible to Balaam, having appeared first to the animal only. But, though we can render ourselves visible to animals, we cannot medianimise them any more than we can medianimise inert matter ; the conscious or unconscious co-operation of a human medium is always a necessary condition of our intercommunication with men, because, for this, we require the union of similar fluids, which do not exist either in the animals or in inert matter.

According to this quote, animals can sense Spirits through the presence of mediums, who are always humans. These mediums may not even know they are acting as intermediaries (that is, the phenomenon is spontaneous). During these episodes, Spirits may remain invisible to humans, however, they are perceived by animals which use their far improved senses.

As a conclusion, Spirits may be involved in Pero's case and many others involving lost animals which find their way home so easily. At least, we should see this explanation as a plausible mechanism, since even with the help of improved senses, it is hard to imagine how animals can do the work. To do so, animals must have many friends among the "invisibles".