Welcome to "Spiritist Knowledge Letters" (SKL), a repository of articles formatted in academic style containing original contributions to the subject of Spiritualism and Spiritism and their relation with science, society and other philosophical world views.

SKL main aim is to keep an organized repository of past and present contributions in the field of Spiritualism and Spiritism in academic style (there is some preliminary editing work before publication). However, SKL is not an academic journal, since it does not hold any editorial board or indexing process. SKL is a repository of articles whose aim is to integrate systematic presentations and results, from the Spiritualist point of view, for a very broad range of subjects (see below). 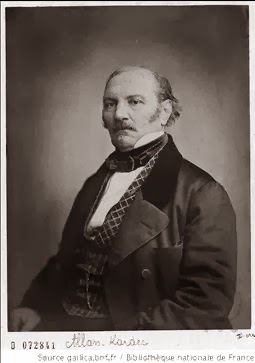 Sugested subjects
Details of submission
How to submit

Write to SKL editor xavnet2@gmail.com if you have any contribution to the repository. Editors will format the final version to appear in SKL.


SKL#08 B. Foster (2014). Call for Opinions – Analyze the Communication of a High Order Spirit to Nossa Lar. In the book, Workers of the Life Eternal, there is a chapter detailing the events when a guest speaker from a high order world, gave a lecture to spirits in Nossa Lar. Ordinarily, this is not a mystery, the speaker arrives and speaks, but this instance was strange. Even for people who believe in Spiritism. I want to layout the occurrence and look for opinions on what did the exchange mean about the differences between the orders of the Spirit world.


SKL#07 B. Foster (2014). Principles of Good Government as Implied by the Spirit World.  The Spirit world is actively moving us to manage ourselves in a civilized manner. The book, On the Way to the Light, and other writings lay out the track for us to follow to improve the governments of whatever nations we reside.  Spiritism has existed over one hundred and fifty years, since Allan Kardec published The Spirits Book. The book states, in the conclusion section, "The development of these ideas present three distinct periods. The first is that of curiosity, excited by the strangeness of the phenomena produced; the second, that of reasoning and philosophy; the third, that of applications and consequences" (Kardec, 2010, p. 531). It is time for application, time to apply the principles that a decent society must follow. These principles and why the Spirit world has guided us to them is the topic of this article.


SKL#06 B. Foster (2013). On the Way to the Light: the Spiritist Story of Earth as told by Emmanuel, psychographed by Francisco C. Xavier, was written in 1938, but first published in English in 2011. Emmanuel details how the Spirit world has managed and channeled the human race, from the conception of our planet to the present, on the road to a higher plateau. This book upends all we know about world history. The article surveys the book and provides commentary on key events described by Emmanuel. It is intended to introduce the reader to a different aspect of Spiritism. Whereas most literature concentrates on our personal relationship to our own spiritual progress, On the Way to the Light exposes the larger manipulation of the human race. Emmanuel also provides hints as why the Spirit world follows certain strategies.


SKL#04 S. Chibeni (2013). Spiritism: An experimental approach to the issue of personal post-mortem survival. This article examines the contribution of the French 19th-century thinker Allan Kardec to the controversial issue of the survival of human personality after bodily death. The discussion is set against the background of modern epistemology. It is shown that, by breaking with all the previously attempted metaphysical and theological approaches, Kardec brought the dispute to a new ground, in which fruitful, empirically-based research on this old and important issue has, in principle, become possible.

SKL#03 S. Chibeni. (2013). The Spiritist Paradigm. This paper reviews briefy Kuhn's conception of science, in contrast with the traditional conception, arguing then that Spiritism - such as established by Allan Kardec - constitutes a genuine scienti c paradigm. It is further claimed that the normal science tradition of the Kardequian paradigm remains unrivalled as a scienti c guide to the study of the spiritist phenomena.

SKL#02 A. Xavier (2012). The Non-observable Universe and an Empirical Classification of Natural Phenomena.  In this paper we propose a general classi cation of natural phenomena with no regard to their causes but to four major features: observability, visibility, periodicity and reproducibility. A category scale then follows containing 16 types of phenomena, including "meta-observable" events or phenomena that can only be registered by extended or modifed senses under special circumstances. Such classi cation is useful in describing either new or already known phenomena and in providing a route for the scienti c acceptance and study of anomalous occurrences.